Like a step back in time.  That is the feeling I got when entering San Francisco Golf Club.  But let’s take a step back and see how I got here.

A little over three years ago I was randomly paired with a man and his son at Bandon Dunes while we played Old Mac in the afternoon.  We’ll call him G for anonymity.  We had a great time talking about life, my quest, and the like.  The next morning I headed to the first tee of Bandon Dunes to meet my playing partners and wouldn’t you know it’s the same twosome!  Getting to play 36 holes with someone is a great way to get to know them.  From that point on, G has stayed in touch and followed my site.  When I reached out about being in the Bay Area with a couple blogger friends he was happy to host us at SFGC.  I didn’t take this invitation lightly and I’ll explain why.

SFGC is one of the most private golf courses in the world.  It is not a large membership and the fact that I met a member randomly in Oregon is awesome.  It’s funny how the golf community works.  Driving towards the course I knew it was hard to find.  I had some inside info, but if you don’t it is easy to miss.  Tucked back in a neighborhood, you would never know the course is there.

Anyway, let me get back to why SFGC is a blast from the past.  The course is all old school.  No carts, no yardage markers, no measuring devices, and long pants only.  Your caddie is your yardage.  In keeping with these traditions there is a “no photos” policy, which I happily followed.

The locker room is furthers the vibe.  There is a guest book to sign along with old-time wooden lockers that scream golden age.  A fire place burns with chairs surrounding it, which was coincidentally where I met my fellow guests.

Having all these cool features is great, but what about the golf course.  Uh, it’s fantastic!  Some would consider it A.W. Tillinghast’s best work and that is hard to argue.  Let’s get into why.

The routing and land on the front nine is spectacular.  The scale of the first two holes is extremely large.  Walking into the second fairway feels stadium-like.  Moving throughout the front the land rolls along to the sixth, which is a great par 4 with a large drop off to the left.  Then you get to the 7th tee.

The Duel Hole has been talked about for a while, but you may not be in the know.  A small plot of land below and to the right of the tee was the site of the last legal duel in California.  After an increasingly intense war of words between David Broderick, a US Senator, and David Terry, an ex-Chief Justice of California’s Supreme Court, a showdown was set in 1859.  Broderick’s hair-trigger sent his bullet at Terry’s feet allowing Terry to mortally wound him moments later.  Two stone monuments mark the spots where each stood on that day.  It is an interesting scene for a golf hole and one of the more unique experiences I’ve had on a course.

Back to the golf.  As interesting as the history of the duel is, the hole is incredibly awesome.  The downhill par 3 with an undulating green guarded by deep bunkers in visually stunning.  It is followed up by a great short par 4 up the hill and a long par 5 to close out a wonderful opening nine holes.

The back nine’s topography is tamer and less awe-inspiring, but that doesn’t make it bad by any means.  There are many great holes that I wish I could see pictures of!  Off the top of my head, 10, 14, and the par 3’s were great.  Eighteen is also a great finishing par 5 that is a definite birdie opportunity.

After the round we indulged in the signature dish of Paper Steak (a steak sandwich), which I highly recommend .  As an added touch, behind the bar the guns from the duel are displayed prominently.  We also got a tour around the clubhouse to see all the memorabilia and other rooms.

SFGC is a truly special place.  The mystery of the place certainly adds to the allure, but once you get in the gates and it is all opened up that will not sustain you.  What does make the club is the world class golf course and vibe.  If you get a chance to come here, do it, full stop!  I can’t say enough good things.  Thanks again to our host!!!

This site uses Akismet to reduce spam. Learn how your comment data is processed. 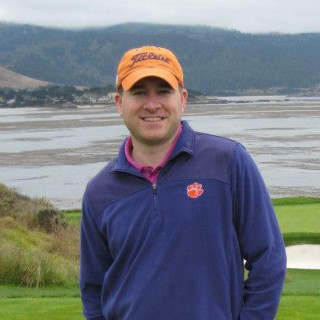